WHAT IS CURRENCY RISK | TRADING TIPS

Jordi Martí, professional trader and Head of Studies at La Factoría, brings us closer to the keys to investing in currencies. What risk do we assume when we operate in the financial market with a currency that is not ours?

Today we will talk about an issue that is very important if you invest in currencies other than the euro. We will talk about what currency risk is. Surely, you have heard it many times, but I will try to explain it in a way that is easily understood. Let's give an example from the point of view that...

Today we will talk about an issue that is very important if you invest in currencies other than the euro. We will talk about what currency risk is. Surely, you have heard it many times, but I will try to explain it in a way that is easily understood. Let's give an example from the point of view that our base currency is the euro. We are Spaniards who charge in euros, we go to the supermarket and pay in euros and we do everything in euros; and we will buy ten shares in dollars and ten different shares in euros. If we buy ten shares in euros that are worth ten euros, we will have spent one hundred euros on each of them. If we do the operations in dollars, we buy 10 shares and if each of these shares is worth 10 dollars, we will have spent 100 dollars. If the euro-dollar exchange rate is 1 to 1 and the stock appreciates 10% in euros and appreciates 10% in dollars, we will have gained 110 on the one hand in euros and 110 on the other hand in dollars. In the 1 to 1 exchange it is the same to have 110 dollars as 110 euros.

In this example that we are going to see now, a euro is not going to be worth a dollar. We will see that at the end of the operation the same share in euros, which is worth ten euros a share, and the same share in dollars, which is worth ten dollars a share. If we buy ten we spend 100 euros and if we buy ten we spend 100 dollars. The share in euros appreciates 10%; therefore, we have gained 110 euros and the share in dollars appreciates 10% the same; therefore, we have earned $ 110. The point is that in this case a euro is no longer equal to a dollar. At the end of the operation, the months have passed, and one euro is 1.2 dollars; therefore, for one euro they give me more dollars. In other words, the dollar is worth less. If we convert these 110 dollars to euros, we have lost money; In other words, we have lost money because I buy in euros, I go to the supermarket in euros, I buy the car in euros, I pay the mortgage in euros ... it is true that I have the same dollars that I had before but when I change it to the base currency that is the one I need to live, I have less.

In conclusion, if you are going to operate with shares whose base currency is different from yours, you should discover the currency otherwise the fluctuations of the same currency will make your result highly variable. 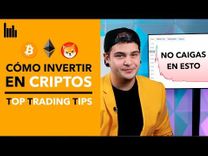 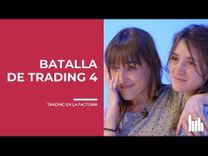 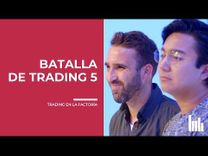 3:47
Which BRÓKER to use? | TOP 5 PLATFORMS for COPY TRADING | CHANNEL TRADER

5:05
Figth for YOUR DREAMS | Trading Contest